TopQualiTea - your South African specialist for Organic Teas and Spices.

Honeybush or Cyclopia Intermedia grows in the coastal districts of the Western and Eastern Cape in South Africa and has a naturally sweet, almost honey-like taste. The tea plant has woody stems and is easily recognized by its sweetly scented, bright yellow flowers during flowering period. This lesser known tea has, however, plenty to offer. Strong Honeybush tea is useful as a base for sauces and marinades and enhances natural flavours when added to any vegetable stew or casserole.

Honeybush shares some similar characteristics with rooibos but differs very in taste and is more aromatic. The tea is also low in tannin and caffeine free, which are significant factors for people who have to avoid stimulants. It is therefore especially valuable for children and patients with digestive and heart problems where stimulants and tannins should be avoided. Honeybush has soothing and relaxing effects and have been found to counter headaches, irritability, tension and insomnia and depression. It has effective anti-spasmodic' and therefore good for people who suffer from stomach cramps. Other stomach ailments such as stomach ulcers, nausea, heartburn and constipation have been found to respond positively to Honeybush.

Scientific analysis done revealed an impressive range of minerals needed for good health: such as Nitrogen, Phosphorus, Calcium, Magnesium, Sodium, Zinc, Iron and Manganese. It is rich in anti-oxidants and is traditionally used to treat coughs due to its content of pinitol, a modified sugar. Honeybush has significant anti-viral properties and help to build up the body's auto-immune system.

DELIVERED TO YOUR DOOR 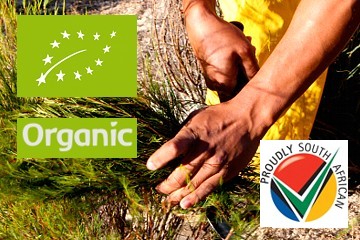 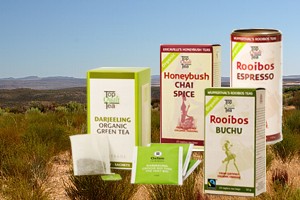 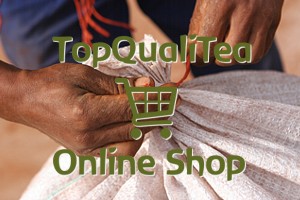